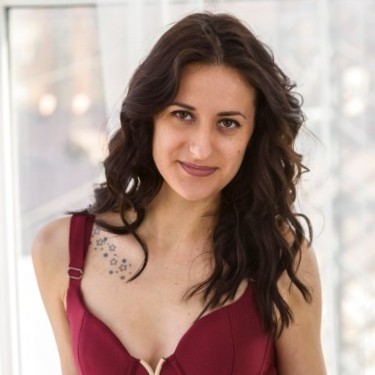 3 Best Ways of Implementing Blockchain in Your Business

Talks about blockchain technology continue. More and more successful cases of the technology application in various industries appear in the world. Top blockchain companies and experts predict the growth of the blockchain market, and according to Statista, by 2025 it will reach 39.7 billion U.S. dollars. Have you ever thought about how blockchain can drive your business? You can find some ideas in this article.

Once again about blockchain

Blockchain is a distributed ledger system in which all information is stored in blocks. Each block refers to the previous one, which ensures the immutability and reliability of data storage. The connection between blocks is ensured not only by numbering but also by the fact that each block contains its own hash-sum and the hash-sum of the previous block. Blockchain copies are stored independently on many different computers. Thanks to this data on a blockchain are easily tracked, which makes the system reliable and transparent at the same time. But how can this help your business? Let’s figure it out.

Faster and cheaper payments with cryptocurrency

The emergence of blockchain is inextricably linked with cryptocurrencies, and many have already appreciated their effectiveness over the years. This is especially true for companies that carry out international payments. In banks, such transactions can take several days and involve high commissions. Using a blockchain, you can make payments in cryptocurrency much faster and easier and with more profitable commissions. All you need are a digital wallet and a blockchain platform. Blockchain payments help avoid the involvement of third parties in the form of banks and provide a peer-to-peer payment system. According to Statista, the number of blockchain wallets has reached over 50 million users in 2020. Don't these numbers prove the popularity of a new alternative payment system?

If your business is related to low-liquid assets or investments, blockchain can open up additional opportunities for you through asset tokenization. Tokenization is the transfer of the right to an asset into digital tokens. There may be several tokens, but their amount is equal to the value of the asset.  Asset tokenization allows distributed ownership of an asset, which opens up additional opportunities for investors. Now you don’t need to have a lot of money to start investing, and it is easier for owners of low-liquid assets to sell them. The tokenization process begins with asset valuation. Then its value is converted into tokens. There are different types of tokens for different assets. Then tokens are recorded on a blockchain and can be sold using smart contracts.

With asset tokenization, you get easier access to trading assets in the global market. The use of smart contracts regulated by blockchain ensures the reliability of transactions, therefore, the data recorded on a blockchain is almost impossible to delete from there, and information about transactions can always be verified.

Smart contracts are a new level of regulation of relations using blockchain technology. The main feature of these contracts is that they are self-executing. Smart contracts are written on a blockchain in the form of code with clearly spelled out terms of the deal. Further, the system automatically ensures its regulation. One action performed triggers the next, for example, you send a token to a customer, which triggers the payment process. By using smart contracts, you don’t have to involve lawyers and brokers. If one of the parties doesn’t fulfill its obligations, blockchain will not allow further execution of the contract.

Probably one of the most interesting use cases for blockchain is the creation of a distributed cloud data storage based on it. In a blockchain, your files are broken up and distributed across multiple nodes. Distributed data storage is less vulnerable to hacker attacks than traditional centralized data storage. Your files are encrypted with a private key, which makes it impossible for anyone on the network to view them, and even if a piece of the file catches the eye, they will not be able to gain full access to the information.

Decentralized networks can be adapted to your requirements: scale and scale down as needed. And these are not all the benefits. The decentralized network is resistant to server failures. Each node maintains a complete copy of all data, so if one node loses power or experiences other technical problems, the data will still be available from other nodes on the network. However, keep in mind that such a data warehouse is not suitable for storing all types of data, so it is best to consult with experts first.

We are far from all the full list of ways to implement blockchain into business, and of course, this technology is not a panacea, but the solution to specific problems. But if you're looking for decentralization and new ways to manage data in your company, which can cope with trust issues blockchain can be a great solution. In any case, the popularity of blockchain technology is growing every year and it might be worth trying now before blockchain has become mainstream.

3 Best Ways of Implementing Blockchain in Your Business

How Blockchain Transforms the Financial Industry

Aug 6, 2020
by
Morris Edwards
Business
3 Best Ways of Implementing Blockchain in Your Business