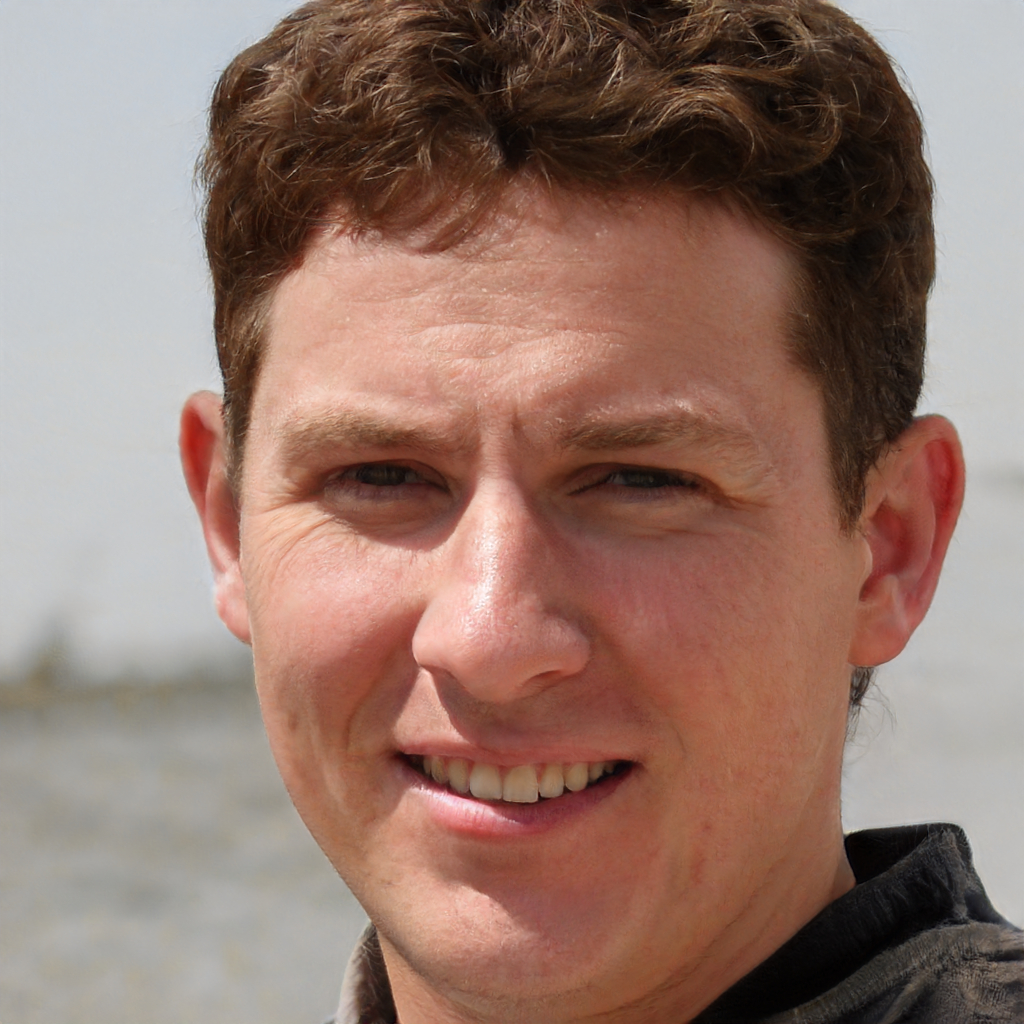 Blockchain-based games have become incredibly popular in recent years. As per a survey by Chainplay, out of every four, three investors worldwide join cryptocurrency due to GameFi. GameFi can be characterized as the amalgamation of blockchain technology and games that allow players to earn financial rewards. With several large blockchain platforms and top blockchain companies jumping onto the bandwagon of blockchain-based games, it's profitable for web3 developers to have sound knowledge about blockchain games, how they are developed, and the future trend this domain is going to set. This article provides a concise and understandable overview of blockchain game development for our readers.

Blockchain can be defined as a log of digital transactions shared amongst all the users over a decentralized network. The basic structure of blockchain can be visualized as a chain of linked lists or, more precisely, a chain of distinct blocks. A chain of blocks is formed when each new block added to the chain is connected to its predecessor. These blocks are cryptographically linked and secured to avoid tampering and provide complete transparency to the users, as illustrated in the figure below. For further technical details on the construction and operations of blockchain, read our article about blockchain basics.

What are blockchain-based games?

New paradigms have emerged as a result of the evolution of blockchain technology development. Amongst these are the amalgamation of Games, Finance and Blockchain, termed the GameFi (Game+Finance) ecosystem. This GameFi term draws its inspiration from the (Decentralized Finance) DeFi ecosystem. GameFi is also referred to as Play-to-Earn (P2E) games. P2E games introduce a novel gaming mechanism by transforming regular players into a governing force that supports important decisions, enabling the creation of a player-owned economy with the capacity to trade valuables (inside and outside the game's metaverse) and generating income through the use of fungible and non-fungible tokens.

How is blockchain used in Gaming?

Typical models used for game development are mostly centralized. As a result, any in-game earnings and assets are limited to only that one specific game. In contrast, blockchain games use decentralized frameworks that let players own their data and share it with other players or for purposes outside of gameplay. For instance, utilizing NFTs and cryptocurrencies to buy in-game goods that can be converted into real money or selling an NFT-based asset won in a game on an NFT marketplace. Thanks to the blockchain-based game development concept, the financial incentive system has transformed into a much more interesting and alluring system.

Role of cryptocurrencies and crypto-tokens

Over the years, the mass adoption of cryptocurrencies has increased massively. The word "cryptocurrency" is used to describe digital currencies that use cryptography to enable safe and traceable transactions. Through the use of cryptocurrencies, users can make direct payments online. This eliminates the hassle of users going through traditional payment systems like banks, credit card companies, or any other middleware.

The paradigms in which cryptocurrencies can be employed have changed as much with time. For example, users have the option to make secure and quick payments for a variety of in-game products. Moreover, the two most widely used cryptocurrencies, Bitcoin and Ethereum, can also be used as rewards.

NFTs are one of the most widely used approaches for integrating crypto-tokens into blockchain games.

Whereas NFTs (non-fungible tokens) are crypto-tokens that are non-fungible, indivisible, and irreplaceable and possess distinctive identification codes and metadata that cannot be duplicated. These might be used to describe assets on a blockchain. Furthermore, NFTs do not support trading or exchange at equivalency.

In the context of blockchain games, NFTs can be used within blockchain games for either trading or purchasing different in-game assets like suits, characters, power-ups, etc. NFTs provide a mechanism to make the game players the true owners of their digital assets, giving them control over what to do with their assets and easily trade or sell these without the barriers of interoperability and the requirements of an intermediary.

The potential to earn bitcoins while playing games on the blockchain sets them apart from conventional games. These gained cryptocurrencies can then be exchanged for real money or used to buy additional in-game goods. By providing incentives that may also be redeemed in the real world, the major purpose of this is to entice additional players to join the game community.

The words "game" and "finance" are combined to form the term GameFi. The GameFi ecosystem incorporates the gamification of financial systems to make money from P2E crypto games. The convergence of gaming, blockchain technology, and various DeFi businesses like NFTs, yield farming, borrowing, lending, etc. is what drives this ecosystem.

Below, we provide some GameFi-related insights to help you better comprehend the blockchain gaming domain's bright future.

Now that we are aware of the potential effects the industry for blockchain games can bring, we will look into the different requirements of blockchain game development.

This section will provide some general prerequisites for blockchain game development.

As a first step, it is always recommended to first learn in-depth about blockchain technology. This is necessary so that the dev team has a good grasp of and around the technology that they will be building for the entire project. Not only is it necessary to know the underlying infrastructure and working of blockchain systems, but learning about the security aspects of it is of equal importance. It's crucial to comprehend and evaluate all of the various facets of blockchain, including its applications, integration, benefits, drawbacks, restrictions, obstacles, etc.

Having knowledge and a thorough understanding of the several types of data structures and databases available for use and what best suits the chosen target network is crucial. This is because demand and necessity are the two guiding concepts that blockchain developers must always employ to establish their dapp's blockchain network.

3. Through understanding of developing Smart Contracts

4. Understand how decentralization is used in blockchain technology

Blockchain game developers must be able to comprehend the principle of decentralization and know when and when to apply it. Since there are several different blockchain platforms, each has different procedures and protocols to choose from to build decentralized applications (dApps).

Cryptography and digital ledgers are two fundamental components of the many blockchain processes. Therefore, it is necessary for blockchain developers to understand the fundamentals of cryptography, applicable algorithms, and the many kinds of algorithms that are most appropriate for various kinds of blockchain platforms, as well as the development of these algorithms.

Steps of building a blockchain game

There are several game genres to choose from when building a game, and the possibilities to create something completely new are limitless. It is important to select something that you, as a game player, are passionate about and think will also gain a mass audience. Furthermore, it is also critical to make sure that the game you are developing has something new and attractive to offer the users. All of this requires careful planning and strategy management.

After picking a game genre, selecting the game engine that best suits the type of game you want to develop is highly essential. The different factors to consider when selecting a game engine include the game genre and game type you want to develop, the platform that the game will be deployed to, and, most importantly, your budget. Unity, Unreal Engine, and GameMaker are some of the most popular game engines. Remember that every application has pros and cons; therefore, it is crucial to research before deciding upon anything. For e.g., Even though Unreal Engine is a powerful tool, it is expensive and difficult to learn. On the other hand, Unity is considered very easy to use and comes with a free-to-use plan for smaller projects. Whereas, GameMaker can be assumed a middle-ground choice, as it offers several less complex features. Eventually, it is always based on your requirements and preferences, which game engine best suits you.

Similarly, any in-game assets for blockchain game development are also developed by developers and designers during the process of blockchain game development. For e.g., multiple NFTs can be used for representing different items that can then be used for building different in-game items, power-ups, suits, etc. All assets of a crypto game are often stored on the blockchain. Also, players can buy, sell, or trade these similar to any other digital assets. One of the benefits of using NFTs as game assets include is the ease of transferring ownership and the ability to create unique game content.

After all the assets of your game are created, it is then time to start building your game by putting all the pieces together.

Smart contracts are programming logic stored on a blockchain, tamper-proof, and execute automatically. These can be used for performing a wide range of functionalities, such as the trade of game assets and also enforcing game rules. For e.g., the automatic transfer of ownership of an asset after it is sold from one player to another can be performed automatically through the use of smart contracts. Automation through smart contracts eliminates the reliability of a central authority for facilitating transactions. Additionally, smart contracts can provide a mechanism to build a game environment that is much more transparent and bias-free.

6. Integration of blockchain-based components into the game

After the NFTs and smart contracts are developed, it is time to integrate them into your game to build unique and exciting game content to attract a wide audience.

The final step after you have completely built your blockchain game is to launch it. Ensuring that your game is a success is considered one of the most crucial steps. Since it's launched on a blockchain network, the game would be available to players around the world.

The baseline tech stack required for blockchain game development is as follows:

The necessity for Tech Experts

A team of professionals with a strong tech stack foundation must be on board in order to construct a trustworthy blockchain game. Following are key experts that should be made part of the dev team

A team of professionals must devote a lot of time and energy to the multistage game creation process. Several factors influence the total cost incurred for building a blockchain game, and hence it is easy to give an estimate beforehand. These may include complexity, game genre, number of platforms, Multi/single-player modes, tokenomics, in-game competitions, cross-game interoperability, trading stores, etc. Blockchain game development necessitates a thorough understanding of coding conventions, blockchain infrastructure, and in-game finances.

Developing a successful game in the multi-billion gaming industry is not an easy task. To efficiently manage a project, we can separate the costs associated with each stage of blockchain game development. It is possible that the development of a P2E game may take up to 8-10 months. Nevertheless, the process of enhancements and game evolution is endless.

The top 5 blockchain games, according to DappRadar, are as follows, based on volume over the previous 30 days.

The GameFi and P2E ecosystems, powered by blockchain games, have a lot of potential to fundamentally change the gaming business. To be successful, it is required to build sustainable models articulated after careful analysis and primarily focus on creating attractive and exciting gaming experiences.

Over time, blockchain games have garnered much attention and improved the overall gaming landscape. Investors and gamers equally interested in tech opportunities can boost the scope of blockchain game development. The blockchain game industry holds massive potential for growth. Nevertheless, with the continual improvements in Web3, blockchain games will also have to adapt to the changing ecosystems.

SAP Blockchain: How Does It Function

Hashgraph vs. Blockchain: Simple Comparison of Technologies for Dummies