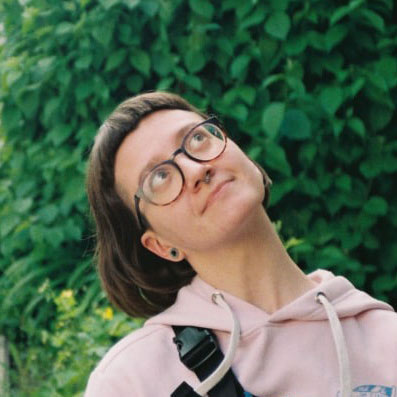 DevOps Failures: How to Avoid Going Down the Drain

One of the core principles of DevOps practice sounds like “Accept failure as normal.” But it doesn’t mean “do nothing to change the situation.” This attitude can cause significant repercussions. Have you heard of a failed deployment at Knight Capital, because of which the company went broke in less than an hour? It’s precisely a kind of “don’t try this” situation.

It will be easier to avoid the root causes of DevOps missteps down the road and react in time if you understand them from the get-go. Check these barriers to DevOps success and make sure to overcome them.

Four obstacles to a successful implementation of DevOps ideas

Let’s make it clear: “failure” is not only when an organization is damaged in a cost-driven or another way because of DevOps team mistakes. When a company doesn’t know how to make smart use of DevOps practices and leverage them to the fullest, it’s also a failure. Here are four steps to avoid it.

Start from the basics: the importance of organizational culture shouldn’t be underestimated

By accepting failures as normal, you create a safe space for learning for your employees. DevOps teams feel secure knowing that mistakes will obviously appear, but they can turn those failures into learning opportunities.

Apart from engineering and tools, pay attention to the people and processes because DevOps also focuses on cultural shifts. It’s not only about creating a “DevOps Department” and automating repetitive tasks, though DevOps services won’t be successful without the latter. The cultural barrier alone with the legacy architecture and shortage of skills is in the list of top-3 blockers to better DevOps practices for low and mid-evolution teams.

Modern solutions work if they are priorities for everybody in the company. And DevOps success is no exception. It requires support from every organization’s level.  For this reason, make sure to break the silos not only between developers and engineers but also between top management and average employees.

Keep an eye on your legacy systems

The thing is that you can’t have DevOps practices in place before modernizing your systems. Puppet reports that outdated software is one of the core issues in DevOps implementation for one-third of respondents. We are not rosy-eyed and understand that not all organizations are digital from the beginning. But it’s not impossible though to finetune existing legacy to modern business needs. From this perspective, the we’ll-think-of-it-later kind of decision is a straight ticket to DevOps failures. The improvement process might be not easy and fast, especially if your company exists for more than 10-20 years. But it’s a matter of life and death for the organizations that want to be a step ahead of their competitors.

Don’t do a new thing in an old way

There are several practices that hinder DevOps benefits:

Don’t forget that automation is ambiguous

Automation is an essential part of DevOps to reduce manual work because there are many tasks at which people are not that good. Computers are more suitable for monotonous and repetitive tasks such as installing packages, logging, alerting, etc. But you’d better not get crazy with the idea to automate everything. Automation can simplify and fasten daily tasks, but it can lead to epic failures as it was with the aforementioned Knight Capital. So keep it clear: automate as much as reasonable.

On the bright side, knowing your obstacles, you can plan how to fail strategically to find infrastructure’s weak points and improve the system. Can’t beat failure? Automate it! It’s a real DevOps state of mind and the way Netflix deals with failures. The prospect of finding a system reliable enough to provide video streams for the customers across a wide array of devices without interruptions sounds coincidental. And Netflix is totally okay with it. The streaming service created a special mechanism to test the resilience of the system’s infrastructure. It’s called Chaos Monkey. If you ever noticed “Trending Now” or other streams sometimes disappear, it’s Chaos Monkey’s work. The tool checks the response of the whole infrastructure to the random disruption of the server instance group. Artificial chaos helps to stay alert for reality and act quickly in critical situations.

DevOps paradox: you need to fail to be great

Don’t implement DevOps for DevOps’ sake just to be on the same page with other organizations. That’s not how it works because DevOps transformations aren’t a panacea to all your company’s issues. Honestly, the process of putting DevOps ideas into effect is a challenge itself. You should certainly identify the business value of DevOps practices by working with stakeholders on a project-by-project basis. Only when you can clearly define the real value of implementing DevOps ideas in your business workflow and modernize your systems, you’ll pull it off.

Please check out the list on Techreviewer of Top DevOps Consulting Companies.

Darateja-Halina Shymko is a content writer in *instinctools. She helps companies to improve their web presence through the use of content. Her main topics are Business Intelligence, DevOps, Cloud Computing, and Software Development.

How Do Agile and DevOps Interrelate

Testing in DevOps: A Complete Guide

How Can a DevOps Team Take Advantage of Artificial Intelligence

DevOps Failures: How to Avoid Going Down the Drain

Nov 16, 2021
by
Darateja-Halina Shymko
Business
DevOps Failures: How to Avoid Going Down the Drain