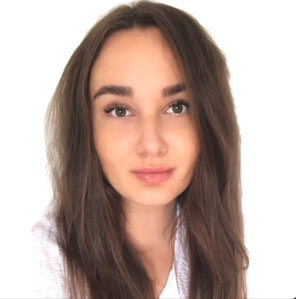 Monika Krupa
Digital marketing expert at The Codest
The Codest

6 Reasons Why Java Is So Popular

Have you ever used Spotify, Signal or Twitter? Well, all of those apps have something in common – they all run on Java, known to be a very flexible programming language used in many ventures. This technology is widely applicable, ranging from fintech products to scientific and e-commerce applications. It also performs flawlessly when it comes to blockchain, AI, IoT, ML and cloud computing. The potential of Java is still not fully revealed but surely this technology has lots to offer.

The demand for well-qualified hiring Java developers keeps growing every year and there are numbers to prove that. If we take a look at the latest Stack overflow 2021 survey, Java was one of the most popular programming choices last year. Java has been a favourite choice when it comes to programming languages among software developers for many years now. As a language of one of the most popular smartphone systems, Java can be ensured with a stable position amongst other language programming choices.

Before we dive into the reasons why Java is so popular, let’s take a closer look at some numbers and facts about Java:

Those positive numbers only prove how positive is Java’s position among other programming languages.

Is Java still worth learning?

As we mentioned before, Java is gaining more traction each year. For this particular reason, it is worth learning. The demand for Java developers is likely to grow more and more each year.  What’s interesting is that we can see that lots of beginners at programming start their coding journey with Java as it's quite easy to learn.

How is it possible? This programming language has an English-like syntax that includes zero special characters. Java can be a piece of cake for some newbies in the industry and the learning period is relatively short. What’s also worth mentioning is that Java is a language strongly influenced by C# as well as C++, so learning this language can give you a good foundation on getting to know other coding languages better.

Let’s not forget that Java has one of the oldest language communities with almost 30 years of existence. The entire ecosystem that includes frameworks and libraries is undoubtedly an excellent benefit.

The friendly and cooperative environment of Java programmers creates perfect opportunities to learn it. Let’s not forget about the amount of documentation, code bits and video courses at your fingertips as everything is up online.

What’s also worth mentioning is Java’s numerous integrated development environments also known as IDE – NetBeans, Eclipse, IntelliJ IDEA, these are just a few examples of Java’s popularity. Those solutions provide various facilities for programmers who specialize in software development. In that way, the work of a software developer has significantly simplified thanks to facilities such as debugging, code completion, automated refactoring, syntax highlighting and many more.

Without further ado, let’s dive into 5 reasons why Java is actually so popular.

What makes Java projects a budget-friendly option? The fact that their applications depend on specific hardware infrastructure. That is why many enterprises choose Java as the core of their projects as the development process as well expenses are relatively low compared to other programming languages. What is more, we can easily embrace Java on any machine, which is again a pretty big financial benefit.

The second reason for Java being a favoured choice among programmers is multithreading – the process of executing more than two threads at the same time with maximum utilization of the CPU. The biggest advantage of the whole multithreading feature is multitasking as you can perform several operations simultaneously and, ultimately, save your time. What can also be saved due to multithreading is the shared memory that threads use, which can become a huge memory saver.

As we mentioned at the beginning of the article, Java is less complex than C++ and C – storage classes, operator overloading, and many others have been removed or simplified in Java.

Why Java is actually simpler than other programming languages:

Java is a type of WORA language, which is an acronym for “write once, run anywhere.” What does it mean? Basically, programmers can develop their Java code in one system and also be sure that it might work on other Java-enabled systems.

Compared to other programming languages, Java is definitely one of the most stable ones. New versions of Java show that the old-style Java is not going anywhere by staying away from more advanced features – it makes these programming languages more predictable and simply stable.

As a programming language with strong exception-handling capabilities, Java allows you to manage piles of errors without breaking the whole application – that's another indicator of the stability that Java offers. Java has been with us for over 25 years, proving that it’s one of the most stable and consistently improving languages that exist.

Modular code design, static type checking and automatic garbage collection are just a few features that make Java a scalable programming language. What is also crucial to touch upon is that Java does not allow direct access to the memory like other coding languages. What does it mean? It makes it easier to develop Java applications as the user base grows.

Naturally, a perfect programming language does not exist. Even Java has its flaws. Let’s take a look at some possible drawbacks that you should be aware of.

Oracle, which is a company that manages Java, has announced in 2019 that they will charge for Java Standard Edition 8 use. In order to get bug fixes and new updates, a payment per user or processor will be necessary. Java for general-purpose computing remains unpaid and available for everyone. But companies that decide to start using Java in commercial ways need to expect some additional costs.

All the high-level languages struggle with poor performance as the abstraction level of the virtual machine can cause that. Java can often be criticized for the poor performance speed that influences the overall project.

Java demands a significant piece of memory in order to function correctly – each Java program runs on a Java virtual machine (JVM). The system’s performance can be knocked sideways during the process of garbage collection.

Why do big companies choose Java?

There are several reasons why big players on the market decide to choose Java as their core programming language. As we mentioned above, Java has been with us for a long time now. It’s a stable and well-known language that is here to stay. What if a major company would choose a new and trendy programming language for commercial projects? It may all seem to be sweet and easy but practically it's like stabbing yourself in the back. Why can it be the worst idea possible? It's simple: your code can turn out to be discarded or deprecated. What’s more, since the programming language is still new on the market, there won’t be that many programming experts available, which can significantly drain your budget.

Java is a safe option for commercial enterprises. It is simply easier to find well-experienced Java programmers who will power up your team as the language has been on the market for years. What is more, Java is a mature language with satisfying tools for development, analysis, performance and debugging – which is surely considered to be a major advantage for this choice.

A perfect indicator that relatively big companies still use Java is their job postings. Most of them are in the constant search for Java developers. This tendency has changed a little in the last couple of years as Python gained more traction and influenced Java's popularity. So, is Java still relevant while their younger competitor is doing extremely well? It seems so! Java shares the scene with Python and many other modern programming languages but it is still used in huge corporations such as  Uber, Pinterest, Groupon, Pandora, Spotify, TripAdvisor, Trivago and many more!

In which fields Java is used most often?

Java is a flexible language that can be used in many ventures. The stability and security make Java a perfect fit for banking industries and many more. Let’s take a closer look at some of the most popular fields where Java is commonly used:

Java – simple, flexible and affordable. Maybe those advantages influence Java’s immortality? Undoubtedly, this language will be a stable and safe option to build your commercial projects. The future of Java is predictable – this programming language is here to stay. Can the potential competitors of Java, such as Python, Scala, Abstract and C lang, overpower Java and get the upper hand? The time will show but one thing is sure – the tech world is dynamic. It can be completely revolutionized in a short period of time if a certain solution finds many useful applications.

Surely, the demand for Java developers will gradually grow in the upcoming years as there are no signs of new successors of Java. Some companies might switch to Python – Java’s younger competitor – but we might predict that those changes won’t be too dramatic. What makes Java's future look bright and positive is the fact that this programming language has some significant benefits that it can be proud of.

Monika Krupa is a digital marketing expert working in one of the reputed custom software development companies. She is truly passionate about content creation, IT trends, modern technologies, and SEO

Sep 2, 2022
by
Techreviewer
Tech
6 Reasons Why Java Is So Popular