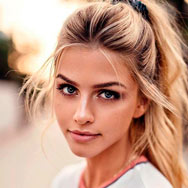 How Much Does It Cost to Develop a Home Automation App for Android?

We the people of the 21st century seek automation as a boon to many tasks. Either it comes to automatic vehicle driving or bringing automation to the home interior, we want it all. Today, this piece of information gives a major understanding of the highly appreciated term “Home Automation App Development”. What is it? Is this happening? Well, thanks to the Internet of Things (IoT) that has made it possible.

The sprouting of IoT has come with millennial opportunities and building smart homes is among its top-notch segments. Many technologies experts have believed that by the end of 2025, the home automation business is anticipated to nurture by $114 billion. Therefore, home automation app development becomes the priority. So, let’s get an understanding of the term and its development process.

What is a Home Automation System?

Home automation in general words refers to “smart homes”. Here “smart” means the ability of your house to do things on its own. It can be opening the door to making coffee or automatic switching of lights, etc.

One of the major concerns why smart home app development has come to play is “safety & security”. The IoT app development has offered enough resources to build a highly secure environment in the home. It is also encountered that the IoT monitoring & security segment will bloom to $244 million by 2022. It will grow at an anticipated growth rate i.e., CAGR of 26% to 2022. So be ready to get avoided as all the eyes will now be on your home.

How Does Home Automation Work?

The practice of automation works depends upon several principles and is available since then and now. The automation works were in progress since the early 2000s. Since then, smart home equipment and technology is pacing rigorously.

The first automated home was constructed by Emin Mathias in Jackson, Michigan in the United States of America. The home was known as the “push button manor”. From curtains to the lights of the dressing table, everything was remote-controlled.

How Does it Function?

The smart home as we all know now is an environment that is safe and secure, where one can easily manage their day-to-day activities automatically. The initial functioning of home automation app development is these three elements:

It is the brain of your home automation system. It deals with all sorts of communication between smart home automation (smart tool) and transmits their data swiftly. It is a highly intelligent mobile app development (IoT) technology that automates certain events like adjusting the switching of lights, and more.

These are minimal-power tools that dig out environmental studies like temperature, humidity, moisture, pressure, any kind of leads, etc. The system lacks storage and hence transmits the data instantly to Hub. The hub then concludes what to do with the requested details.

These tools are the smart equipment that receives commands from the hub and then takes actions accordingly. These come under the applications of IoT which includes smartwatches, TVs, speakers like Alexa, and more.

Communication protocols are the signals that accommodate the exchange of information as well as lets users manage devices remotely.

How Many Ways are there to Develop a Smart Home App?

Automation of any home depends upon two kinds of apps. It can be the utilization of a ready-made solution & offering custom software development. So, let’s take a deeper dive into the methods behind the creation of such fantastic apps.

When we speak about ease, we talk about IoT App Development. Here in the scenario, the developers are provided with the API by the manufacturers of the smart devices, or they may get the SDK suites.

Let’s take a popular instance, Samsung owns its Smart Home Cloud API that pairs up with SmartThings. Soon the tech giant will be able to manage all the smart devices through one single app. Another example is the well-known Philips that offers integration of its smart LED Lamps in your pre-installed home monitoring system.

Custom-built software is a much more daunting task than a ready-made solution. More often, it is seen that the SDK provided by the client lacks functionality or compatibility. It should get re-written to be compatible and fully functional.

Yes, the work gets a little harder here but the outcomes are as sweet as the sugar. The app then can be installed on any platform and runs perfectly fine with iOS & Android devices.

How to Develop a Home Automation System?

The construction of any app is based on some parameters. These guidelines act as the base for development and then the developers decide about the next phase i.e., features and the rest of the things. Simultaneously, the development of home automation apps is just like mobile app development but with some technicalities.

So, what are such parameters on which smart home app development takes place?

Majorly the points above are the core of any development either it is any other app or smart home suite. Thus, let us read more about the concepts given above.

Development of any app proceeds with a great research and discovery phase. It's your research about the market and discovering what your audience of the app will demand. Joining both will give you some extra edge on the development of smart home suites for your clients. You can kick off the research from:

Designing of the App

IoT apps have their boundaries and parameters within any development that takes place. But when we speak of home automation, there might be some dissimilarities to it. In general, to craft an application, you rely on factors like users' goals, designing trends, best practices, and whatnot.

Moreover, you have to deal with external factors like physical atmosphere, devices, and more. Thereafter, UX comes into play. It must be flawless and yet serves the best-personalized experiences on all the devices.

When developing an app for home automation, you need a lot of work to get done. Usually, not every mobile developer can say yes to the development. Only an engineer with the skills and ability to engage various tools, SDKs, and hardware can make the app flawlessly.

Launch or Deploying of App

Mobile developers after getting a “yes” from the testing team intimate the team lead to deploy the app. Establishing the app on the requested platform and checking for more errors or any bugs. After this, the project gets submitted by the timeline.

Another most important part is the optimization of apps for the respective platforms. Its suitability towards the platform like iOS, Android, etc. is also being tested. So, this was all the process of developing and launching the app into the market.

Let us discuss how much money you need to build such apps?

How much Does it Cost to Build a Home Automation App?

To build an app, there are several factors just like the development. Firstly, the complexity of the app major part which describes the actual cost. Then comes the factors like:

These apps are highly in demand and bring huge bucks to the developer as well as to the company. So let us take an instance on the costing part of the app development.

To develop an average IoT application takes around $10,000 to $50,000. But when it comes to smart home app development, it starts from $50,000. But thanks to the experts who believe that with time, the cost-cutting will be done and you might get these apps at affordable charges.

So, the overall information states that IoT mobile app development is and will be in huge demand. Especially, with the growing technicalities, home automation is expected to reach more than 200 billion businesses in the coming years. So, till then, keep your eyes on the best smart home app development company and make your home jaw-dropping by its technical hold.

In the decade-old association with Octal Info Solution, Keith Laurance has produced some of the best technology blogs on the internet. Her love for IoT is not hidden and she is always excited to learn more about the trending technology. She has worked with the IoT mobile app development team and understands their pattern well. When she is not busy researching for her blog, she can be seen taking care of her health

The IoT Ecosystem: What Is It and What Are Its Key Elements

Jul 4, 2022
by
Techreviewer
Business
How Much Does It Cost to Develop a Home Automation App for Android?