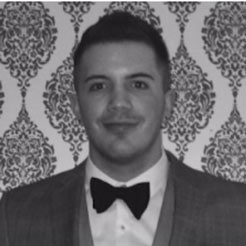 How Much does it Cost to Develop a Home Automation App for iOS?

Do you know there are around 175 million smart homes across the world?

Surprised? Well, the growth of home automation is currently at its peak and is predicted to rise even higher. By 2022, in the U.S. nearly 63 million homes are expected to opt for home automation systems and solutions.

Here are the top 5 smart home devices and their usage per country:

Where the home app development cost ranges between $20,000 to $50,000 the subscription that includes device installation charges ranges from $2,000 - $150,000 for luxurious and well-connected homes.

The development cost of a home automation app varies depending on multiple factors. The platform you choose whether iOS or Android, the level of functionality and connectivity, along with the number of features all influence the total budget.

The same goes for home automation installation charges. If you require minimal connectivity of around one to two devices the cost would fall under $5000. However, for a fully connected home with robust IoT connectivity, the cost would go around $100,000 to $150,000.

Development of A Home Automation System

Smart home technology is making life easier and safer for homeowners. With the components like voice assistance and touch and Face id detection sensors, comfort living has been transformed to a whole different level. With the help of Internet of Things internet-of-things (IoT) devices, regular homes are now transformed into smart homes where almost every device and electronic including doors and windows are connected and operated via a smartphone. Furthermore, the global market for IoT is expected to grow up to 1.6 trillion by 2025.

When developing an iOS home automation application, you need to ponder on the app size to calculate the price. For instance: The cost to develop a small automation app costs between $5,000 – $10,000 and it may take up to one to two months. Similarly, the medium level of the iOS app takes around $10,000 – $50,000 and the duration stretches to 2 – 6 months. However, if you want a high functionality, custom-built application the cost goes above $50,000 and it may take more than 6 months to complete the development.

Cost-Based On The Complexity Involved In The App

Home automation apps are complex and need cutting edge tools with exceptional programming skills to build a robust backend and seamless frontend infrastructure. If you opt for hiring a professional app development agency like Retrocube, the cost would be between $25,000 to $55,000 depending upon your brief and requirement. However, if you opt for freelance programmers and professionals their per hour rates are listed down below:

To develop a home automation app, developers and programmers have to go through several stages and here every stage holds an equal significance. So, let's discuss the many stages of app development and the cost breakdown.

The first aspect is carrying out market research that involves competitive analysis and trends analysis. You need to know the market and the footing of your niche before making a move. Every aspect of an app from its functionality to interface depends on your know-how about the market. The development cost involves in researching for the iOS automation app is around $50 – $350.

The developers will create wireframes to show you the app layout. Now this involves the low fidelity wireframes and high-fidelity ones as well. The time involved can be around 14 hours to 140 hours. The cost ranges between $2000 – $10,000.

Having a visual appeal is a must. The developers will create mood boards for you to select keeping the niche identity in mind. UI mockups will be created and then finalized as per the client's approval. The time taken is between 17 hours to 210 hours. Furthermore, the estimated cost is around $1000 – $5000.

If you opt to add any animation to indicate loading time or other processes the visual sense would cost between $1000 – $30,000. This aspect plays a role in creating the user experience more engaging.

Testing an automation app is a bit complex process as it requires the functionality to perform appropriately for every device and gadget. So, the price range is between $3000 – $10,000.

Here is the list of commonly integrated features in the home automation app.

You need to ensure that the registration is not too simple and have proper verification stages. The user should enter a cellphone number, email id and get an OTP. The cost to add these features varies between $2000 to $3000.

The moment a user registers to the app there should be a simple tutorial about how to use the app. The duration of which should not be more than 1 minute. The cost to incorporate the feature is between $3500 to $4000.

When it comes to creating the user profile, the automation app needs to have a proper dashboard to show which appliance is operating and which one needs attention or all about the activities the devices connected are involved in. The cost of building up a profile that works in real-time is around $7000 to $10,000.

The device has a list of all the electronics and other devices that are connected to your automation app. The activities and usage history are listed down along with options to allow manual controlling. The cost of this feature would be around $2000 to $5000 depending upon usability and functionality.

The feature let users group different controls and sensors together for different rooms. For instance, you can create a single window for devices in a bedroom and then that in the kitchen. The feature would cost around $3000.

The feature Notifications and alerts is an important one. The feature warms and notifies the user about the instruction they give to the automation app. For instance, information related to gas leaks, in case of smoke or even a temperature rise will be sent on the app. The feature cost around $5000 to $7000. The cost is a bit high because without it the purpose of the app will be lost.

It’s important to set milestones before planning to develop a home automation app. Define roles and deploy skilled developers and programmers. Evaluate your project after achieving every milestone. Moreover, if you go for developing the app with all the features listed and some of the additional ones as well the estimated cost would be around $25,000 to $50,000.

Gerry Wilson is a trend researcher by passion, a marketing expert and a professional business and tech blogger. As a tech-savvy, Gerry eagerly looks for the ins and outs of modern-day tech developments. At times when Gerry isn’t busy searching for the latest tech trends, he can be found cooking

How Long Does It Take to Develop an App?

How Much does it Cost to Develop a Home Automation App for iOS?

Nov 5, 2021
by
Gerry Wilson
Business
How Much does it Cost to Develop a Home Automation App for iOS?