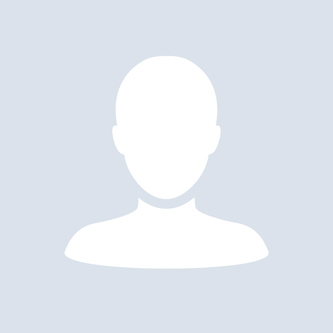 How To Use Neural Networks For Software Development

The world today is becoming more data-driven and is about to enter the next level of AI. This transformation is possible because of neural networks. This is because these neural networks strengthen and train machines such as computers or smartphones toward identifying, learning, and correctly predicting as a human mind would. As a result, this helps machines in solving routine issues.

With this in mind, it's easy to be fascinated by the concept of neural networks and how they can be used for software development. If so, you've come to the right place as this guide looks at how you can use neural networks for this purpose.

When learning from cnvrg and other companies like it about neural networks, you first need to understand its meaning. The term ‘neural’ got its name from neurons or nerve cells, the basic functional unit of a human or animal’s nervous system. A neural network then refers to an algorithm that imitates the operations of the human brain through machine learning. Thanks to this, the neural network can identify patterns and process them more efficiently. This is possible because of its enhanced problem-solving and pattern recognition capabilities, unlike conventional computers.

Famous companies have used neural networks to develop transcription software and virtual assistants. Some of the practical applications include;

Some practical examples of how neural networks are used include;

One of the most exciting things about neural networks is that they can learn to do things humans find difficult or impossible. For example, they can learn to translate between languages without prior knowledge of the programming languages involved. This is something that current machine translation systems can't do.

Neural networks are also being used to generate text. This is usually done by first training a neural network on a large corpus of text. Once the neural network has learned the text patterns, it can generate new text that sounds similar to the original text.

With that said, text generation is a difficult task. Because of this, neural networks aren't yet able to generate text indistinguishable from the human-generated text. However, they're getting better all the time and will likely be able to eventually generate text that's just as good as that generated by a human. ‍

With this in mind, neural networks can be used to develop face detection software. The software subsequently can be used to identify faces in images and generate a list of candidates that are likely to be the face in the image. In other words, it tries to find out which image contains the face.

The process of face recognition starts with a training set that consists of images with known faces and without known faces. The network learns by identifying patterns in the training set data which are present in only certain images and not others. Once trained, it can then be used as an input to another neural network that searches for similar patterns in new pictures.

The algorithm used by neural networks when developing face detection software is similar to the one used by humans to recognize faces. It consists of a series of several stages that are built on top of one another. At every step, the neural network learns something new about the image or audio data it has been fed so far. This process is called supervised learning because it requires that you label some data as being ‘positive’ or ‘negative.’ The positive examples may be images or sounds that belong to a specific category.

Neural networks aren't just limited to simple applications like facial recognition and image classification. They can also be used for more complex computer vision tasks like object detection and image segmentation. In object detection, a neural network is trained to identify and localize objects in an image. This can be used for applications like security cameras, wherein it's important to know that there's an object in the frame and identify its exact spot.

Image segmentation is another important computer vision task, and neural networks can be used to perform this as well. Segmentation is the process of partitioning an image into different regions, and it can be used for tasks like identifying different objects in an image or extracting foreground from background.

Neural networks are considered an essential application of artificial intelligence because they can learn from experience rather than being explicitly programmed or trained. This makes them useful for applications such as face detection software, wherein it’s necessary to identify objects such as faces, humans, or vehicles based on their appearance and other features.

There are many successful examples of chatbots powered by neural networks. They’re created both by huge and independent developers.

As chatbots become more realistic, they're also becoming more useful. They can be used for customer service, providing information and support to users. They can also be used to provide entertainment, such as playing games or telling jokes. The potential applications of chatbots powered by neural networks are endless. In the future, they may become even more lifelike and ubiquitous, providing us companionship, assistance, and entertainment daily.

Neural networks can be trained using large amounts of data, making them very useful for solving complex problems wherein there’s no standard solution or it's hard to find the optimal solution. This is why artificial neural networks have been applied to various stock market prediction problems with success in recent years. Neural networks are well-suited to this task because they can learn non-linear relationships and handle a large amount of data.

Neural networks are today used in the development of fraud detection applications. This is vital today as hackers are increasingly developing more complicated ways to commit financial fraud. Some companies use neural networks to provide real-time fraud analysis, which helps boost profit margins. This is also applied in data mining, for instance, cluster analysis and machine learning, which guides the development of predictive models that help mitigate fraud losses.

Neural networks are powerful tools for data modelling. This means they can be used to build models that can predict future events, identify patterns, and provide insight into complex data sets. Neural networks are well-suited for a variety of applications, including:

Neural networks get their inspiration from the human brain and are an interesting technological advancement. This guide has enlightened you on how to use neural networks for software development in the areas of speech recognition, national language processing, face recognition, and others.

John May is a scientist with extensive experience in the subject of neural networks. He enjoys sharing his expertise and experience by writing informative blog posts on the topic. During his free time, John loves spending time with his family, hiking, boating, camping, and fishing.

Sep 2, 2022
by
Techreviewer
Tech
How To Use Neural Networks For Software Development