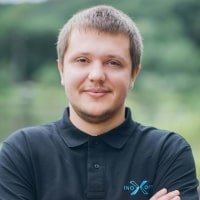 Healthcare is among the industries that have undergone a thorough great transformation over the past few years. As we know, the latest changes happened a bit in a revolutionary way, adapting to the new realities of the pandemic.  As a result, one of the outcomes of 2020 is the global move to digital engagement:

Statista forecasts that the digital health market is going to reach nearly 660 billion dollars by 2025.

There are nearly 53,000 mHealth apps available in the Google Play Market today and the same number at the App Store. But despite the fact that the medical apps market is being regulated by authorities, there are plenty of health-related applications that are worthless and with poor functionality.

The thing is that to find some inspiration or fresh ideas, we are looking for different lists, ratings, or reviews of the best healthcare mobile applications in the world. In this article, we aim to raise awareness about the apps that failed or made serious mistakes, because somebody’s mistake can save you time, money, and a number of attempts before creating something meaningful and useful.

Back in 2011, these two applications were sold to App Store and Google Play. Not only were they paid (for $1.99 and $0.99, respectively) but were created to cure acne without any scientific evidence. Both claimed that if users hold the smartphone near the skin on a daily basis, smartphone’s light would reduce acne because blue light and red light kill bacteria and boost collagen growth. Funny, isn’t it?  Acne is a serious skin disorder that has to be treated under the doctor’s control and definitely without mobile applications.

Luckily, according to US regulations, mobile applications that aim to treat specific conditions are automatically considered as medical devices and subject to regulation under specific authorities. So, both app creators were fined by the Federal Trade Commission for spreading misinformation and were removed from the app stores.

A lot of users have learned how to use this smart device or at least how it looks like during unfortunate conditions of pandemics. Back in the day, people had no idea what an oximeter stated for, so here comes another bad example of a healthcare app.

The application claimed to measure the heart rate and blood oxygen saturation from your fingertip using the light and camera of your smartphone. Despite the fact that they have the disclaimer  “Not for clinical use”, the app is still considered as a threat, because it may put patients at risk. Imagine if the person with a real health condition (heart failure or other chronic diseases) used it, obtained false results, and took a pill or two from the increased heart rate that was never a case?

These two applications had been launched back in 2012 and were sold in the Apple and Google app stores for $4.99. Apps creators declared their technology could detect melanoma by taking a photo of a mole using a smartphone and inputting it to the app. Then the users were supposed to receive a calculated diagnosis whether the melanoma risk was low, medium or high.

In our opinion, these applications could have had a good purpose to raise public awareness of the problem. Unfortunately, they could have been responsible for misdiagnosis and making users’ medical conditions worse.

The Federal Trade Commission has challenged companies to drop the statement that a device can detect or diagnose anything unless the information is supported by reliable clinical testing.

According to the description, the application lets you measure blood pressure, using a smartphone only. To do so, a user had to download the app for $3.99, then place a finger on the camera (to measure the heart rate) and the microphone on the heart.

We have no reason to believe it is possible to monitor blood pressure in such  way. So, we recommend you critically evaluate mobile applications, or an even better idea is to buy a real blood pressure monitor and contact a doctor. Hypertension isn’t a joke and the usage of such platforms can put patients at risk.

Flo used to be one of the most popular period and pregnancy-tracking applications with millions of users all around the world. It has great features: here women can track their periods, pregnancies, or fertility, get health tips on how to improve their sleep, mental health, etc. Although, this case was included in our list for a reason.

Last year the number of app subscribers began to decrease after the Federal Trade Commission filed a complaint against Flo for exposing users’ data to third parties (including Google and Facebook) about the menstrual cycle and their intention to get pregnant. A deal was offered that required FLO to notify consumers about data disclosures and demand from third parties to destroy sensitive health information.

As we’ve already mentioned, despite the fact that the app itself has a lot of advantages, we’ve included it in our list because personal health information is a sensitive matter. Developers as well as app owners have to ensure that all data is encrypted. No exceptions.

A similar story with data leakage happened to another pregnancy app called Glow. Like any other app, it asks a user to record their medical data (medications, weight, periods, and other intimate details). Millions of women upload their sensitive information daily, so when the leak was detected, a  settlement was reached that included a fine of $250,000 and provisions that from now on the company will protect the privacy of their customers.

It’s wise to remember that every time you upload personal data, apps store it on their servers. And as we see they may not be perfect and security can fail too.

It’s a video game app that was created to help people of all ages improve their vision, so they could read, drive and play sports. Sounds encouraging, but how?   First of all, you had to download it for $9.99 and then play a special game (exercises) to stimulate brain plasticity.

Federal Trade Commission stated that there wasn't enough scientific evidence to let this app exist in the healthcare category. So, the FTC settled with app owners to stop making claims regarding vision improvement and charged them $150,000.

The internet knows a lot of different weight management platforms and, let’s be honest, that’s one of the most popular app categories in recent years. This one is different. Despite the fact that owners had good intentions to fight childhood obesity by teaching healthy eating habits, people expressed concerns about whether it’s a good idea to choose kids as the target audience. Therapists, pediatricians, and other doctors were mentioning the potential rise of eating disorders which have the highest fatality rate of any mental illness. According to Jennifer Harriger, Ph.D., an associate professor of psychology at Pepperdine University, dieting is dangerous, especially in childhood. It can increase the risk of anorexia, bulimia, and form an unhealthy relationship with food.

As a result, almost 115K people had signed a petition to remove the app by stating that “This app will kill people.”

We still hope that this mobile application was created as a joke, but in any way, it has to be mentioned as the worst idea ever. The app’s concept was to help men control the menstrual cycles of women. It may sound like another fertility app, but it gets worse: one of the features was the ability to create profiles under passwords for multiple women and control them simultaneously.

Health is not a joke or a thing that can be measured by your smartphone. Doctors are disturbed about the emergence of untested applications that may replace the real treatment for certain categories of patients that can’t afford it.

They are warning people not to trust health apps completely as mobile applications can’t accurately detect any diseases. It has to be analyzed by professionals but not by a computer algorithm. Moreover, there are rarely any clinical trials performed on most health applications, which gives reasons to doubt their efficiency.

There are plenty of possibilities to create a useful application that may raise awareness about specific health conditions, apps that may be a great tool for medical institutions and patients: AR/VR app as a teaching method for students, on-demand doctor app, chronic disease monitoring app, sleep-tracking app etc.

We made a list of the popular cases. Feel free to use it to avoid the same mistakes.

Master’s Degree in Computer Science and Mathematics. Microsoft certified professional and .Net specialist with experience in project management and mentorship. Since 2015 co-founder and COO at Inoxoft

How Long Does It Take to Develop an App?

Feb 3, 2022
by
Techreviewer
Business
The 10 Healthcare Apps that Failed and How to Learn from Their Mistakes