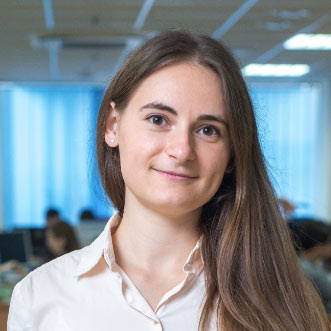 The Most Popular Web Development Frameworks In 2022

You probably have several toolsets that help you fix minor damages to furniture and bathroom equipment in the house. Each kit has a different set of instruments for various purposes, but you probably have favorites.

You can compare web development frameworks to such toolkits. And in this article, we'll take a look at the 13 favorite ones, including Django, Angular, RoR framework, and many more.

Why Do Frameworks for Websites and Web Applications Matter?

So, you need to build a website or a web application. (The difference between the two is that a web app is a more complicated and interactive system, while a website works like an information source). The next step is to choose the proper framework to create your web resource faster and more effectively.

A web development framework (or simply a web framework) looks like a collection of programming codes. These codes cover repetitive processes and are used to create more complex solutions. For example, they include templates of buttons, navigation blocks, and other elements of web pages.

This way, you get a kind of a pre-built structure and don't have to spend time reinventing the wheel. As a result, you get the end product faster, and the code requires minor adjustments. Consequently, you leverage such benefits as:‍

Though a web framework simplifies the development process, it also has several drawbacks. Among them is the time for mastering and security issues since nearly each framework code is open. And you need to consider all the pros and cons to select the framework that best fits the development and business processes.

You'll need to have both types of frameworks to create a web application or website. Choosing the proper web framework isn't always a simple task. So here are three tips to help you:

1. Check if the framework has all the features your product and team need.

‍How long will it take to write the required quantity of code in this framework? And will you have enough time to complete the project in time? Meeting deadlines is crucial for business planning, so your managers will never welcome delays. The rule is simple: the more code you have, the more complicated it'll be to maintain and support it.

Is this framework designed for the task you will work on? If not, look for other options as you probably won't have time for adaptation. Cross-browser compatibility is also an essential feature for frontend frameworks. And you can learn technical characteristics and benchmarks from the official documentation.

2. Сheck the framework's compatibility with other libraries.

‍How often is this framework updated to meet new standards' requirements? Will the server-side framework be compatible with the client-side one? You also need to check if the web hosting company supports the languages and frameworks you will use for back and front-end development.

Some hosts support many programming languages and libraries but still require you to do many settings. So, if you know the hosting provider, you'll need to look for compatible frameworks. If you can choose the web hosting company, pick up the one that supports your favorite frameworks.

3. Check the availability of educational resources about the framework.

When choosing a new framework, documentation with examples of approaching the most common tasks and well-explained tutorials is crucial. You also need to check the community, as programmers can often get answers from their colleagues faster than from official papers.

Even with the documents and resources that can tell you how to accomplish tasks in a particular framework, you won't do it without knowing the language. For example, in Ruby on Rails (RoR), you need to use the Ruby programming language. And the best way to check if this framework works for you is to build a small project. You'll get the learning experience combining the server and client-side frameworks and see which mix performs better.

Now let's see which web frameworks are most widely-used by developers from all over the world.

13 Most Popular Web Development Frameworks in 2022

In December 2021, Statista published the most used web frameworks list. It includes solutions for front-end and back-end web development. And we share this list regarding the share of respondents using it –– starting from top web frameworks.

React.js is a library using a virtual Document Object Model (DOM), which is beneficial if you plan to update the web page content regularly. This framework makes your project highly flexible and controllable. It also makes your web app interactive and usable on multiple platforms. However, it's better to use React.js for teams with extensive JavaScript experience. Below are some benefits and limitations of React.js.

jQuery is another JavaScript library that is small and fast. It boasts many features like HTML manipulation, animation, Ajax calls, etc. This technology avoids extended JS code and enriches web applications with greater interactivity. And programmers use jQuery Mobile to make native mobile apps with the help of this framework.

Appeared in: 2010
The language used: JavaScript
Created by: TJ Holowaychuk, StrongLoop, and others
Used for: back-end development
Share of respondents: 24%

Express is an open-source framework for the Node.js programming platform. This web framework allows the creation of hybrid web apps with one or many pages. With Express, you can better organize the server-side architecture of web applications. This framework is part of the MEAN stack, including MongoDB, Express, Angular JS, and Node.js.

Appeared in: 2016
The language used: TypeScript
Created by: Google
Used for: front-end development
Share of respondents: 23%

You can also hear this framework called Angular CLI (Command-Line Interface) or Angular 2+. However, it possesses a similar name with Angular JS (see #11 below), this web application framework was rewritten entirely. Its latest version is Angular 8.0, and it meets the newest tech trends. Angular 8.0 is excellent for SPAs (Single Page Applications), and its major performance upgrade is default differential loading. It also boasts opt-in usage sharing, router backward compatibility, improvement of CLI workflow, and other functions.

Appeared in: 2013
The language used: JavaScript
Created by: Evan You
Used for: front-end development
Share of respondents: 19%

This framework will require JavaScript, HTML (Hypertext Markup Language), and CSS (Cascading Style Sheets) knowledge for you to learn it pretty quickly. It's the lightweight hybrid mix of more full-featured React and Angular frameworks. Vue allows integration with many third-party elements, and it's also known for its fun version names that come from science-fiction anime.

Appeared in: 2016
The language used: C#
Created by: Microsoft
Used for: back-end development
Share of respondents: 18%

ASP.NET Core is the successor of the initially created ASP.NET by Microsoft in 2002. And, though it was completely rewritten, it still has a lot in common with the ASP.NET concept. With ASP.NET Core, you can create web apps that run on Windows, Linux, and Mac. This framework is popular due to its high power, speed, and lightweight.

Flask is a micro web framework that has no Object Relational Managers (ORM) feature but has a template engine, URL routing, and the standard for Python Web Server Gateway Interface (WSGI). The WSGI helps to implement requests, utility functions, and response objects. Though Flask is a front-end framework, its Jinja2 templating language allows the creation of various markup formats used for HTTP requests.

Django is a collection of libraries written in Python, which is applicable for front-end and back-end development. This framework is known for its admin panel that makes the back-end support straightforward. That's because it has multiple use cases which allow writing shorter codes. Another back-end function is ORM, which allows manipulating data sources, processing, and validating information.

Django includes many specific tools, but if you don't find the right one, you can use Python to craft them. To support the front-end functions of your web app, Django uses URL management, cache hooks, authentication mechanisms, paginators (navigation instruments), and other features.

Appeared in: 2002
The language used: Java
Created by: Rod Johnson, a co-founder of SpringSource, which VMware acquired in 2009)
Used for: back-end development
Share of respondents: 15%

Developers use Spring to build high-performing applications. It has helpful data-storage-related features like transaction management and data access. This framework's modules include testing, remote management, inversion of control, conversion over configuration, authentication, and other services. Spring can be used by Java and Java EE (Enterprise Edition) apps.

A Google employee created this framework, so the digital giant supports this open-source platform. However, in January 2022, Google stopped updating the security and browser compatibility functions of AngularJS. The main feature and benefit of AngularJS were that it made HTML-based web pages dynamic and enabled user interaction. So, with it, web apps became more flexible and secure. Some of the outstanding features of AngularJS are its dependency injection and dynamic binding to help decrease the quantity of code.

Laravel is famous for its built-in features like ORM, CLI (Command-Line Interface), and automatic testing. Laravel environment allows adding functional modules: you can write your own code pieces that you repetitively use or install the prewritten packages. This framework allows easy debugging, OAuth2 authorization, billing, and other advanced functions.

The framework also boasts features like IoC (Inversion of Control) containers, view composers, database seeding, blade templating engine, and reverse routing. Laravel's relatively easy to learn provided that you know PHP and are familiar with OOP (Object-Oriented Programming). And its community is supportive.

Many well-known websites like Shopify and GitHub use the Ruby on Rails framework. That's because Ruby on Rails coders can use many valuable functions, including database connections, interfaces, views, and models. Even one RoR engineer can build a simple web application, but it's always best to hire Ruby on Rails developers and get the end product faster.

To Sum It Up

When choosing the proper web development framework, consider several factors. Among them are the programming languages your team knows, the stack your technicians use, and the budget you can spend on developing the website or web application. And with seasoned developers on board, accessible tutorials, and a supportive community, you can leverage the most cost-effective solution of this top 13 web frameworks list.

Kateryna Boiko is a Marketing Director at Mobilunity, Provider of Dedicated Development Teams with 9 years of hands-on experience in digital marketing. Kateryna managed to work with diverse industries and markets and now is keen on sharing unique cases with the world and coach on topics relevant to Web Analytics and Search Engine Optimization.

Tips for Creating Interactive Visualizations for Your Site

How To Design The IT Architecture of a Digital Bank

Nov 12, 2022
by
David Malan
Tech
The Most Popular Web Development Frameworks In 2022