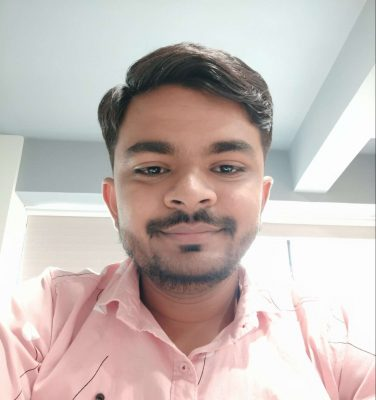 In the modern business set-up, start-ups are a great way to leverage the exponentially changing business arena.

While it may seem difficult to trace the radical shifts, one can't argue that start-ups are born out of a notable inflection point in the curve of any industry-based graph.

Given that it is the era of Digital Darwinism - racing to meet the flash-speed graph can seem potentially problematic. Especially in the mobile application domain, where each day witnesses a rise of a new app and another’s fall.

Even before establishing a physical store, entrepreneurs believe in creating a virtual presence, beginning from a functional mobile application. And having a mobile app cheat-sheet would help in faring well in the competition, if not acing it!

They are a potent way to overcome Digital Darwinism. A few might say it a paradox set in the business arena's digital set-up, while the others might argue about its validity. But the rational truth sustains, mobile development company can leverage business operations and make them lucrative.

Amidst such cut-throat competition among existing businesses and start-ups, it may seem like a tough job to enter into the industry without having a concrete plan. And especially if you're planning on launching a mobile application-based start-up.

But, the right information at the right time can help you grease the wheels of your start-up and make it lucrative. So, here are seven heavily trending mobile application genres that you MUST consider before launching your start-up idea.

Isn't it satisfying when Spotify automatically plays the next song that is in-sync with your current mood? Or when Facebook's marketplace shows you all the right suggestions without looking up a plethora of other options?

All this results from machine learning, a simple algorithm that transforms your mobile application to the most-lovable app. In today's competitive landscape, customer churn rate is sky-rocketing. And this means that your application must possess all the attributes to keep your audience happy.

A study from Harvard business review has drawn the following conclusions concerning ML and AI;

While ML is a study and creation of algorithms and statistical models for computer systems to perform tasks without explicit instructions and a reference-based pattern, AI is developing computer systems that perform human-like tasks.

The combination of both these practices creates today's mobile applications. A very trendy example of this is Spotify's song suggestions feature and Snapchat's filter that allows users to put on a different face each time.

According to Teks Mobile, the global ML industry, growing at a CAGR of 42 percent, will be worth almost $9 billion in the latter part of 2022.

Neuralink, powered by Elon Musk, has recently come up with a chip that connects the human brain with artificial intelligence. It is a step into the future that is ruled by ML and AI.

AR and VR is a big name in the gaming industry. Top-notch gaming companies have included AR and VR techniques to make their products more life-like and exciting. But, in the year 2020 and beyond, AR and VR will not be limited to the gaming sphere.

After the recent pandemic that has taken over the world, OnePlus - the cutting-edge mobile phone company - announced its OnePlus eight series via an Instagram filter. It allowed the users to virtually unbox their new handset, which was a vast and competitive step in the mobile market.

Today, every application uses a hint of AR and VR. Be it Ikea or lenskart; their real-time features enhance customer satisfaction, thereby increasing their sales.

So, if you're a start-up selling any tangible product, you must include the AR/VR feature in your app to gain an edge. In the years to come, it'll only become the new normal.

Here is a concise result of research, conducted by Digi-Capital, based on the growth of AR-VR in the years to come;

Looking at the emergent need for IoT-based products, mobile apps developers have begun including IoT specific applications in their plans to walk with the trend. Today, you can run your homes with the touch of a button on your mobile phones, which says a lot about the future.

Tesla's self-driving car, Google's Google-Home and Nest Smart Home, and many other products, such as centralized content-streaming apps like Plex, have been redefining the way we live our lives for some time now..

According to a report by GrowthEnabler, the IoT market-share proliferated across multiple verticals. And this gives you, a start-up, a vast opportunity to spread your roots across numerous industries.

Do you remember the buzz around cryptocurrency around 2018?

The whole world witnessed the rise of Blockchain around that year. At first, it may have come across as a perishable area, but its the year 2020, and Blockchain is here to stay!

It started as a revelation in the cryptocurrency industry and has now developed into multiple genres within the service industry;

These are a few areas where Blockchain is creating its space. In the future, Blockchain may combine with other widely-used trends to create something unparalleled.

Its current use spreads across multiple industries and has proved accurately efficient in solving various queries.

Beacons, powered by Bluetooth, have been around for a long time, but a spike in their usage dates only to a couple of years back.

A lot of businesses have bettered their customer relationships with the help of these little objects.

So, as a start-up, you want to use beacons to improve relationships with your customers and establish better communication. Not only that, but it also allows better information regarding the sales of your products and their reach.

What Should You Choose?

A few more trends in the mobile application arena may prove lucrative, but the ones mentioned above have received proven results. As a startup, the irony is that you can experiment with a new technique but with limited monetary resources. And this makes it challenging to try a variety of things and choose the final one. We've tried to limit the number of trials to help you find our forte and begin your startup with ultimate ease.

A rational combination of these five trends will account for a better version of any mobile application. It would be best if you remembered that the goal is to create a lucrative app that matches customer satisfaction and aligns with the latest trends. Anything below this might not prove as useful.

Chaitanya Patel is an ardent writer at ZealousWeb, who generates best-in-class posts on a wide range of digital marketing tools and techniques. He also produces well-researched and factual posts on various other topics. In his free time, you will either find him spending quality time with his loved ones or surfing over the internet for technical exposure.