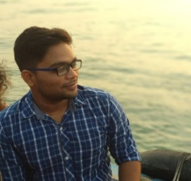 What are the Major Differences Between React and React Native?

Are you known to both the terms Reactjs vs. React Native? Which is the superior choice? Want to know about the prime differences between React & React Native? In this guest blog, you will get a clear idea about Reactjs and React Native.

Reactjs and React Native are the two prominent technologies available in the world of app development. The name of both the technologies seems the similar type. Facebook launches them. However, ample people are still not known to the exact differences between both. One is known as a web framework, and the other one is known as a mobile framework. In this guest blog, we will be going to outline the key differences between Reactjs vs. React Native, which is usually stuck in the mind of many people when it comes to choosing the best one among both technologies. So, let us look into this blog to get more information.

Before going deep into the details of Reactjs vs. React Native, just look at the quick overview about both technologies.

Reactjs is referred to as a JavaScript library that is specially designed to develop the view layer of the web as well as mobile apps. Reactjs is a reusable component that is used to create a more robust structure for its apps. Facebook made its library available publicly in the year 2011; since then, its popularity has grown day by day. Undoubtedly, it has become the top-most choice of many developers.

What is React Native?

This is among the well-known open-source framework which has been developed by Facebook. React Native is designed to fulfil the growing mobile needs. It is highly useful to create native mobile apps. Although both the technologies are almost the same, still there are many differences between Reactjs & React Native.

Reactjs & React Native are open-sourced by Facebook. In general, the concept of both technologies is similar. You write JavaScript XML on both platforms. The difference is that the rendering mechanism. React utilize the react-dom implementation to give the components to the DOM. But in the case of React Native, it has its implementation of rendering the components for the native platforms. Both of the technologies have their rendering system.

From a business point of view, one of the USPs of Reactjs can bring in flaming speed for the apps & websites developed via DOM. It provides an edge to Reactjs as compared to other platforms which are used for creating mobile apps. Speed is among the important factors which help to make a successful & useful mobile app.

Since Reactjs is proficient in server-side rendering. Thus, it gives a power boost to the SEO of a webpage/app. Moreover, it also attracts organic traffic up to a much extent.

d) There is a huge community of Developers

Reactjs consists of a community of developers. They created a large ecosystem of tools, component libraries, IDEs, web browsers, and a lot more.

a) Uses of Platform-specific Code

The biggest USPs of building apps & websites make use of React Native. This is because it can generate platform-specific code. If you want to create an app from React Native, then the framework can automatically detect the platform on which it is being run.

As most of the code present in React Native is in Javascript. Thus, it becomes easier for a front-end developer to create the app quickly. It offers ease of usability & learning for the non-programmers to create the apps without putting in much effort.

As Reactjs upholds the feature of Hot Reloading, therefore, it gives developers the privilege to reload a mobile app. It makes the development process fast, thus it saves much time.

You must be amazed to know that the component UI libraries exist in the ecosystem of React Native. Thus, the developers prefer to use the react-native because it offers a smooth & amazing UI experience.

These are some important benefits of React and React Native which making of them unique in their possible ways. Thus, you can say that both are superior and offer excellent benefits.

Differences between the Reactjs & React Native

There are some notable differences between the Reactjs vs. React Native which is given below:

The discussion made above regarding Reactjs and React Native, hopefully quite useful for you. After going through the detailed information about both the technologies, the question that must be striking in your mind is that Reactjs or React Native, which one is better? Before that, one must understand that both Reactjs & React Native are significant points for web & app development. Moreover, with the flexible functionalities, both platforms are gaining popularity with time. In addition to this, every framework or any technology has its own set of merits and demerits. Thus, before choosing any one of them, it is advisable that you must do sufficient research and then map the advantages and disadvantages of both technologies.

Once you get a clear idea about what you are looking for, then you can set the priorities accordingly. To reap the benefit of all the advancements in technology, it is important to choose the technology wisely as per your project requirements. If you are seeking the best development company, then select experienced professionals who are well-skilled in handling the technology.

Prashant Kumar is a senior Lead Project Coordinator who loves to share his views on diverse topics. He is currently associated with Seasia Infotech, a software development company. He holds great knowledge and experience in technical and creative writing.

Tips for Creating Interactive Visualizations for Your Site

How To Design The IT Architecture of a Digital Bank

Nov 29, 2022
by
Nazar Gulyk
Tech
What are the Major Differences Between React and React Native?