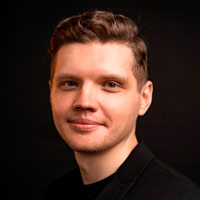 How to Choose the Best Backend Web Development Language

With so many languages available, the question of which language is the best and how to choose the right backend tech stack arises. In this article, we will introduce the eight most-used backend languages with their pros and cons as well as their use cases. The following languages will be covered:

But what is backend development actually?

Backend, often also referred to as server-side, tech stacks are primarily used to connect the frontend of the website with various other technologies such as databases, web servers and third-party services. At the core of backend development are, therefore, servers, databases, communication protocols, and operating systems.

Despite the apparent popularity of PHP, we will discuss the advantages and disadvantages of the eight mentioned backend programming languages as well as mention some of the websites using these respective languages.

So, how do backend programming languages differ from each other?

Object-oriented programming (OOP) uses objects to represent the stored data. Importantly, objects are mutable and can be manipulated through methods or functions. One example of such an object is a custom object that represents all available data from one single customer such as purchase history, turnover value, etc. and these single data points then represent the mutable attributes of the object.

Backend language examples using OOP are PHP, Java, and Python. The main drawback of OOP is the increasingly complex structure as the script becomes longer.

Functional programming (FP) is a form of programming that avoids changing the state of data it holds. Therefore, it is considered immutable. This provides predictability as a function always provides the same output given constant input, which means that FP eliminates side effects in your code.

While FP sounds great at first glance, the main challenge is that these languages are difficult to learn and highly complex in terms of maintenance. Examples of backend languages using FP are SQL, R, and Haskell.

After this quick introduction to backend language theory, let’s dive into the languages themselves.

The eight most common backend languages

Let’s introduce the eight most common and most widely used backend languages out there.

+ Dynamic data type: Data types of variables are not predefined in JavaScript. This helps to save memory space and improve the efficiency of your code. Moreover, coding becomes clearer and cleaner.

+ divide server processing load: JavaScript enables you to perform basic functionalities directly on the frontend. This allows reducing the load on the server-side, ultimately reducing the infrastructure needed to process requests.

- Applications: JavaScript is not suitable to develop networking applications.

- Client-side security: The code is always visible if used on the frontend – this creates risks.

Python is a high-level programming language that focuses on code readability. The idea of python was to create code that is as close to English as possible. Python is an object-oriented as well as a functional programming language, which means both logic can be used. While the main application for Python nowadays is in areas such as data analytics, machine learning and web applications, it remains powerful for web developments as well.

+ Easy-to-learn: Python is a high-level programming language that is as readable as it can get. This enables even beginners to grasp the language fairly quickly.

+ Platform independent: As a portable and platform-independent language, Python can run the identical code in Windows, Unix, Linux, OS, etc. without any adaptations.

+ Existing resources: Python has a very active community that provides various libraries and resources. The existing libraries mean that you will not have to write code from scratch as tons of functions are already available.

- Speed of computation: Python is relatively slow in processing code compared to other languages. This is mainly because computations are run in sequential order rather than parallel.

- High memory consumption: Python requires a large memory capacity to perform advanced tasks such as machine learning or deep learning algorithms. This increases the costs depending on the tasks performed.

Java is a high-level programming language that has been created with the focus on running seamlessly in all environments such as Windows, macOS, Linux, etc. As one of the oldest programming languages, Java is often used for the backend of enterprise-level applications. Java is not to be confused with JavaScript. The two languages do not have anything in common.

+ Multi-threaded: Java enables programmers to code that multiple tasks can be executed in parallel.

+ Secure: Java is considered one of the most secure languages available. The use of public encryption keys used for authentication makes it safer for deployed applications.

+ Simplicity: Java has been designed to be intuitive to use and simple to implement.

- Slow performance: Due to the high infrastructure requirements of Java, the processing of the code is slow compared to other languages such as C++ and C.

- Complex code: Java code is verbose, which means that you need a lot of words to achieve your goal compared to other languages.

C# (pronounced C-Sharp) is a language initially published by Microsoft as a closed-source programming language in combination with the .NET framework. In 2004, C# became open-source and has since then been used for the development of Windows applications, game development and other applications. C# allows for the quick compilation of code, fosters interoperability and is very efficient when it comes to computational requirements.

+ Interoperability: C# by design fosters interoperability of different platforms through the open-source nature of the language. Also, C# is more scalable than languages such as Python.

+ Active community: C# offers an active and thriving community that fosters the future development of the language and its frameworks.

- Performance below other C-languages: C# is significantly slower than other C-languages such as C++. However, in most cases, this is negligible as the level of performance will be sufficiently effective for normal web developments.

- Dependence on .NET: Bare C# code cannot run on any environment but must rely on the .NET frameworks. This dependency can be somewhat of an obstacle compared to languages such as Java.

- Difficult to get started: While being a high-level language, C# relies on .NET frameworks and libraries which adds complexity when it comes to getting started with C#.

PHP is relatively old and well-established as it has been around since 1997. PHP is entrenched in HTML and is usually deployed for eCommerce websites and handling databases as well as dynamic content of any kind. As already mentioned, most websites choose PHP for server-side programming. PHP is relatively simple to learn as it is well-known and close to HTML.

+ Simple: PHP is probably the simplest backend language available. This simplicity has made it popular. Compared to languages such as Java, PHP can be learnt within a week.

+ Platform independent: PHP is platform-independent, which means that code can be run on all operating systems and platforms without any adaptations.

+ Flexibility: PHP can be used in combination with HTML, Python and JavaScript without any challenges – this makes it one of the ideal underlying backend languages.

- Security: PHP is an open-source language that is read line by line. The code can be seen and read by anyone – and misused.

- Maintenance-intense: PHP is a line by line code. While this makes it easy to write backends quickly, it becomes more difficult to maintain once a website is finished and has grown over several years.

- Lack of debugging: PHP does not offer sophisticated debugging opportunities, which makes error handling rather time-consuming.

Ruby has been around since 1995 and is a multiple programming paradigm language, which means, it is also object-oriented as well as functional programming. Since its inception, Ruby has been open-source. The main objective of Ruby is coding efficiency and the speed for creating, debugging and deploying the scripts. Similar to Python, many libraries are available for Ruby, which reduces the time required to write code.

+ Mixing modules and classes: Ruby is unique in the way that classes and modules can be mixed. It is similar to inheritance but easier to use and maintain.

+ Dynamic data types: Data types of variables are not predefined in Ruby. This helps to save memory space and improve the efficiency of your code. Moreover, coding becomes clearer and cleaner.

- Less active community: Compared to languages such as JavaScript and C#, Ruby has a rather inactive community. This represents a major drawback when considering a language.

- Slow processing: Ruby can be up to 20 times slower than Java when processing the same tasks. This may be irrelevant for simple websites, however, can be fatal for large projects.

- Slower development: Ruby as a language is making only slow progress regarding its future development. This may be due to the less active community.

Rust is a very young language launched in 2010 only. The main objective of Rust is performance and safety. Rust has become very popular and has been voted the most loved programming language since 2016 in the Stack Overflow Developer report. Rust has gained the interest of various large companies which invest in further development and, therefore, create an active community around the open-source language.

+ Performance: Rust has been built with performance in mind. It is comparable with C/C++ when it comes to speed but is safer than these two languages.

+ Community: Rust features a young but engaged and eager community. Also, companies such as Amazon and Dropbox are actively investing in the language, which additionally boosts its popularity.

+ Library manager: Cargo is a built-in dependency manager in Rust that makes managing the code easy and simple.

- Complexity: Rust is rather complex and learning the language may take more time. However, knowledge about C/C++ may be contributable and speed up the learning process.

- Slower to code: Rust is very young compared to languages such as Python and JavaScript, and only little code is available online. This means, more code needs to be written by the developer.

Kotlin is well-known and especially suitable for Android application development. Further, Kotlin features seamless interoperability with Java which enables the developer to use available functionalities of Java without challenges.

+ Adding Extensions: Kotlin allows you to add extensions to classes without the need of modifying the source code.

+ Performance: Kotlin is very efficient and the script will require less computational resources than many other languages such as Python.

- Difference to Java: While Kotlin integrates Java functionalities, a Kotlin developer cannot easily switch between the two languages as they are inherently different.

So, what is the best backend language?

All eight languages have advantages and disadvantages. To say one is per se better than the other is impossible. However, when considering a backend development language, the project specifics are important. Parameters to choose the most suitable backend language may be performance, safety or maintenance efforts required.

This said, our go-to backend development language is PHP as it offers great resources and will also be around in the long term. Besides PHP, Rust is another language we focus on for web developments as we regard it as a hot newcomer among the backend languages.

Long story short – the most important thing to consider is the project and its requirements. The backend language should follow these requirements accordingly.

Five Jars' CEO with 13 years of experience in delivering digital solutions to global institutions such as Stanford University, and the Bill & Melinda Gates Foundation. He has a keen eye for strategy and can address challenges from both the business and tech sides.

IT Recruitment Challenges in the U.S. and How Staff Augmentation is the Answer to all Developer Woes

Ruby On Rails Vs. JavaScript: Which One is Better For Your Startup?

PostgreSQL vs MySQL — Which Relational Database Is Better?

Java vs JavaScript: Key Differences and Which Is the Best Choice?

React vs React Native: What is the Difference?

May 12, 2022
by
Techreviewer
Tech
How to Choose the Best Backend Web Development Language