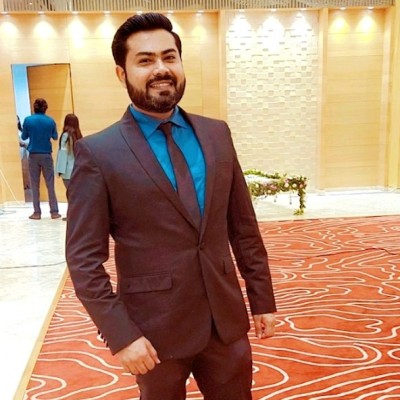 Apple, being the undebated leader in the smartwatch market continues to make inroads towards its numerous position globally. It is evident from the fact that its overall share is 55% in the first quarter of 2020 as per a report from Strategy Analytics. The report also mentions the YOY escalation of the overall smartwatch market by 20%. It also highlights that the growth of Apple Smartwatch grew by over 22% as compared to the same duration previous year. Samsung and Garmin are following at second and third position respectively.

The continual ascend of iWatch sales has generated a new market for iOS app development companies. However, it is drastically different from traditional mobile app development. The ideation, practical usage, and potential market are the primary criterion for commencing the development stage of an iWatch application. The iWatch app development company should focus on solving small real-life problems. Imagine one's smartwatch working as a smart token for accessing his laptop, or as a car or home key. The iWatch is laced with various valuable features along with its applications. Hence, creating a useful app with novelty is a daunting task for an iWatch developer. This blog post suggests some practical and useful tips for iWatch app development.

The category of the target iWatch application should be finalized before initiating the development process. The well-liked categories include fitness apps, social media, and communication and productivity tools. The pandemic situation highlighted the importance of being physically fit to common people making fitness the most preferred category amongst iWatch app development companies. The fitness apps display critical health parameters to the user including pulse, heart rate, oxygen level, etc. These apps also exhibit steps taken during a day, calories burnt apart from monitoring the sleep patterns. The social media and communication apps target the incorporation of well-known social media accounts in iWatch to enable ease of social media access. The productivity tools are used to simplify the normal human life to make him more productive. These tools include group collaboration features, meeting reminder features, to-do list, etc. to name a few. One can also opt for a new category unheard of so far.

Small is Beautiful but Challenging

Being the smallest device available in the market, it poses certain limitations for an iWatch app developer. Moreover, this mini screen is further fragmented into sections for different things. Owing to this, a lot of thought goes into the amount of text and color combination. The irrelevant notifications and alerts should be avoided as it unnecessarily clutters the minimalistic screen. The appropriate theme and UI should be chosen to enrich the user experience.

There are various complications available with different UI elements and unique displays. The complications can be used wisely by the developer to display valuable information at a glimpse. While designing complications, the developer can focus on the relevant content, especially that of dynamic nature. However, information of a sensitive nature should be avoided in complications. Another important parameter would be the time of updating data as one size fits all approach will not work. The meeting alert is fine one hour earlier but bad weather alert needs to be displayed at least one day earlier.

Simplicity is the Key

Simple is the new black. The iWatch developers should not experiment too much with the design. The limited space for displaying information necessitates a simple UI with only relevant information. Experimentation can be done with innovative graphics wherein more information can be revealed. Conveying the message is more important than fancy graphics.

Real-time Information is the King

The iWatch developers should focus on delivering real-time information by using gyroscope and accelerometer data. The motion data is used to track specific body part movement such as the arm. However, it is advisable to use motion data only when it is offering direct benefit to the user. The usage of gyroscope or accelerometer data should be avoided for using the app as it might be difficult for some users to replicate motion gestures.

How To Protect Mac Computers In a Small Business Company