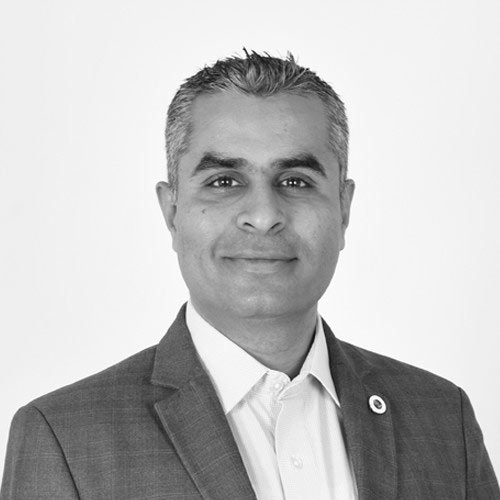 To obtain an upper hand in their industry, companies can use the Java programming language and create top-notch applications. Some of the world’s biggest companies that utilize Java development services include IBM, Microsoft, Oracle, Google, and many more. These companies work with the technology to create enterprise solutions and also offer Java services as support offerings to their clients in different industries.‍

Why Java is Perfect for Enterprise Solutions

Being a scalable and powerful programming language, Java offers a lot of advantages. It works seamlessly with modern technology and is a platform-independent technology. Developers can create applications across different operating systems with ease, including Linux, macOS, and Windows. Java is a cost-effective technology that allows startups to develop quick MVPs and that too without any bugs or issues.

Among the most popular Java frameworks & technologies, Java 8 is the one used the most. 69% of developers use Java 8 to build enterprise and web applications. As demand for modern applications grows, Java takes the front stage just after Python web development to assist enterprises in building top-notch applications.

Java software development enables the creation of scalable applications, solutions, and software that can monitor and control significant operational requirements and traffic load. Java can manage hundreds and thousands of requests simultaneously, allowing companies to expand and scale their applications without any technical issues. ‍

Java acts as the unifying element in the software development process. Enterprises require a technology that can provide structure to their infrastructure, which could eventually lead to better operational outcomes. That’s why Java application development came into the picture so that enterprises could get a powerful programming language that could meet all their performance needs.

Here are 7 reasons why Java is suitable for enterprise application development in 2021:

Java can run applications easily on multiple systems through a modern processor. JVM is something that can maintain multi-core machines that are enormous in size, which enables them to work seamlessly across devices. Java has the support of multiple hardware systems, which simplifies the development process for developers from multiple sources.‍

Since Java is stable, it is also the preferred programming language for large companies across the world that want something reliable for their technology stack. It has developed reliability, credibility, and trust among enterprises that want to incorporate a stable programming language to ensure that the customer experience remains seamless.‍

Java is a highly scalable programming language that offers traffic management capabilities unrivaled by any other language. It is highly efficient and performance-oriented, which leads to managing enterprise-grade applications and workloads. Even when the application is huge and includes dependencies on libraries, Java doesn’t lead to any issue in any manner.

This scalability has made Java a reliable programming language for enterprise development. It offers an incredible set of functionalities that enable the development of dynamic and interactive web applications. ‍

Java software development offers a high level of security and data protection. There are in-built security features that enable enterprises to properly safeguard their data. There are features like advanced authentication, access controls, encryption, SQL injections, and more.

Since the security level is so high, the programming language is highly used by FinTech companies across the globe. There are features to integrate security policies, digital signatures, ciphers, and more. A secure application  is one of the biggest advantages provided by Java.‍

Why is multi-threading support important? A multithreaded environment in Java offers faster response time, fewer problems, more operations, greater performance, and multiple requests that could be handled simultaneously. Java developers don’t have to execute multiple copies of code on the same hardware as Java.

A multithreading environment also leads to less issues during the development process. There are fewer bugs that the development team has to deal with, which enables the team to build software faster than several other programming languages. Enterprise software that has to handle multiple threads at once can easily do so with the help of Java enterprise application development. ‍

There are hundreds of libraries in Java that support the development of enterprise applications. These libraries enable adding features and functionalities of various sorts, which include Google Guava, iText, Protocol Buffers, XStream, and several others. Enterprise applications are heavily dependent on Java for adding features that are a hassle to write the code from scratch.

There is a rich set of APIs and development tools that allow developers to include features that might not be possible otherwise. It makes the development process considerably quick, reliable, and seamless.‍

Today, mobile applications are a necessity to digitize enterprise operations. Java works amazingly well with the Android ecosystem to build applications for the platform. Some developers consider Java to be the first programming language they think of while building any Android application over the past couple of years.

Writing code in the Android Studio framework is simpler using Java. More and more companies opt for Java to create Android applications if they want a native mobile application for their company. A custom software development company can build mobile applications for enterprises and keep them on track to digitize their operations.‍

Java is backed up by a huge community that provides consistent support. It is the programming language that companies use to build, modify, and migrate their enterprise applications. There are enhanced security features, and the technology is highly useful to build modern-day applications in Machine Learning, Data Science, AR & VR, and other fields. There are a lot of Java frameworks like Spring, Apache, Bootstrap, and more that developers can use for building enterprise-grade applications.

Shardul has been in the tech industry for over 18 years. He has worked with some of the global leaders like Mastercard, CIGNEX, FlightNetwork and others. Today, Shardul stands as the CEO of BoTree Technologies, a leading web app, mobile app and AI development company. He is enthusiastic about the latest innovations in the software industry and writes extensively to guide businesses & engineers for making better development decisions.

React vs React Native: What is the Difference?

The Easiest and Hardest Programming Languages to Learn

9 Types of Programmers: A Comprehensive Look

The Most Important KPIs for Software Development

What Is Embedded Systems Programming?

All You Need to Know About Computer Aided Software Testing (CAST)